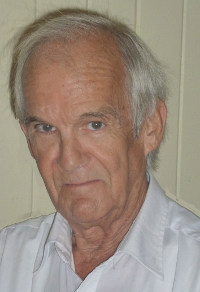 Dr Moore graduated from Melbourne university with first class honours in Electrical Engineering. He them completed his PhD. at Monash University. He has held academic posts at University of Newcastle, University of Maryland, and La Trobe University. However, most of his time has been spent outside a formal academic environment. This includes six years of private study in Paris studying “anything to do with signs,” such as semiotics, functional and structural linguistics, philosophy, comparative religion, and programming languages. Moore has been the founder or a key player in many hi-tech start-ups in France, Israel, and Australia. He is the cofounder of FusionSport and a director of Grabba International. He now spends most of his time writing and developing his Generic Science project, a journey started in Paris long ago that it just reaching fruition.

This web site contains resources and work notes for an emerging universal science providing solutions to age-old problems. The subject will probably end up being called Generic Science – the universal science of the generic entity. A key feature of the science is that its calculus is a reverse engineered version of the genetic code together with its semantics, up until now, unknown. Apparently, Nature has already come up with the idea. It also appears that the ancient Stoics also thought along these lines.