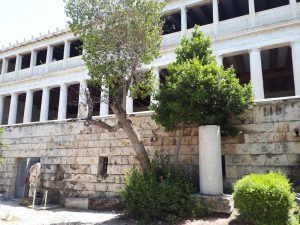 To be tractable, every science requires first principles. Each special science embarks from a foundation  of axioms, empirical laws, etc., thus employing a rule-based ethic to rationally arrive at consequent knowledge β. The construct can be represented schematically as

At the other limit we find metaphysics, the only science lacking determined genus and thus devoid of a priori knowledge.  This leads to a right-side rationality schematic:

Here, rationality flows in the opposite direction with a priori knowledge Β on the right and the consequent Α on the left.  This schematic no longer illustrates a syllogism but its converse, a cosyllogism (not to be confused with Peirce’s abductions. For that the cosyllogism be tractable, a priori knowledge Β must be formalised in some way. We resort to the only viable normative authority available – naturality.

In mathematics, naturality is colloquially regarded as involving constructs that are free of ad hoc subjective choices. Traditional set theory mathematics is ill-equipped to formalise the ethics of naturality. The alternative is Category Theory originally developed “to study functors and natural transformations”. Natural transformations can be formalised in the form of naturality squares that commute where two sides are left and right adjoints making up “natural” symmetries – arguably the most ubiquitous and fundamental generic structure underlying mathematics.

In this paper, category theory itself will be shown to participate in its own natural symmetry with its own “right adjoint” complementary opposite providing a natural way of formalising the cosyllogistic reasoning in #2.

The paper then goes on to show that the resulting cosyllogistic “right-side” rationality provides a means of reverse engineering the natural rationality underlying the five indemonstrables of ancient Stoic logic.

Quantum Object and Naturality
Stoics and the Double Logos