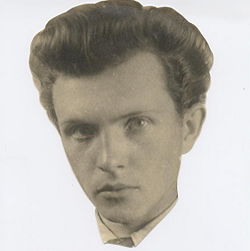 One of the aims of this project was to avoid at all costs falling into the morass of Kant’s “fine spun arguments”.  Above all, our discourse must avoid abstraction, a virus that Kant seemed to have picked up from his intellectual journey into the land of English philosophers. What we have learnt from writing the book (very soon to be published) is that abstraction is the result of applying abstract logical generalisations accompanied by a very flat semantics. This is the nub of left side rationality.
On the other hand, right side reason employs only the first order logic of particulars and is so is devoid of generalisations and any abstraction. It is the logic of the motor mechanic. There is no room for abstraction when you are putting a motor car back together. Curiously, however, this lowly first order logic of right side reason, the logic of the Stoic logician Chrysippus, is somehow freed of the semantic chains that seem to enslave its left side counterpart. No longer is it limited to a shallow, literalist semantics.  This logic may indeed be employable by the motor mechanic, but it is also applicable by just about anybody and anything and even by a genius like Chrysippus. But, even microbes use this logic not to mention neutrinos and the even more exotic subtle beings that inhabit the material world.

The higher order semantics of right side rationality can be quite liberating to the writer. Consciously employing a right side rationality writing style does not necessarily lead to a discourse which is less rational then the supposedly more rational left side form of expression.  Right side driven literature can be extremely logical and certainly much more colourful than any left side driven discourse. In fact, our favourite author in this regard is Alexandr Zinoviev who was a top Russian logician. When the author first read Zinoviev, he had to rush off and read every other popular book he had written. Zinoviev’s writing resonated with what the author was attempting at the time, but he couldn’t put his finger on the common thread. He now knows that the style involved colourful higher order semantics accompanied by an almost total lack of abstraction. No mathematician could write like Zinoviev, only a logician can wright like that. Other logicians of renown have employed this style. Lewis Carol, or Charles Lutwidge Dodgson in real life, was another example of a logician turning his hand to higher order semantics. The fantasies, the allegories, the metaphors, the vicious irony involved are not abstractions but trajectories into higher order discursive semantics.
The Two Savants
Our dilemma is that it is difficult to accurately convey an understanding of right side reasoning using a left side writing style.  It is like asking a rustic to describe life in the big city. Our immediate task is to simply explain what is meant by higher order semantics versus the vanilla first order semantics of traditional left side reasoning, which includes all of the traditional sciences and mathematics of today.  We will attempt to illustrate the difference using the allegory of the idiot savant and his lesser-known accomplice.

In our attempt to find an easily grasped understanding of the difference between first order semantics and second order semantics, we can look at the difference between the Idiot Savant and the Savant Idiot. The first kind of savant is a left side dominant thinker and the latter is right side. Thus, there are two generic kinds of brilliant idiot in this world. It is the left side thinking Idiot Savant who consistently applies first order semantics to understand his world. In order to understand the city he is passing through, for example, he will read the entire White Pages from cover to cover. His favourite occupation is counting cards in casino blackjack.  On the other hand, the Savant Idiot applies second order semantics to each situation, dialectically musing over this and that. He is very philosophical. He is truly wise and resembles in many ways, the perfect Stoic sage. He is never wrong. His only weakness is that he cannot do up his own bootlaces or even fill out a tax return by himself. In fact, he is totally inept at most things practical. This is his idiot side.

Somehow these two savants seem to get along together, or at least they used to.

Kant, Buddhism and Sankara
Aristotle and the Square of Oppositions