There is no construct in science more fundamental than gender. The ancients knew this but the moderns have long since forgotten it.

This post will explore the epistemological and ontological potential of gender in providing a unifying foundation for science and mathematics. In this respect, the structure of the French language provides a first glimpse of the relationship between knowledge and gender. French tends to explain concepts in terms of oppositions, often expressed across opposing genders. For example, French for knowledge is the feminine term la connaissance. The natural corresponding opposition in French is the masculine le savoir. Someone with a lot of specialised connaissance or knowledge is a connasseur. The most extreme kind of connaisseur.is the legendary idiot savant, the one who can digest the contents of the Yellow Pages in one sitting. On the opposite side of the fence is the savant of the non-idiot kind. The most gifted savant of all time was the equally legendary Socrates who had no reliable knowledge whatsoever as expressed in his Confession of Ignorance. However, he knew that fact with absolute certainty, a mark of the true savant. It is quite ironic that the Socratic Confession of Ignorance provides the key principle in developing algebra capable of integrating pure ignorance with pure certitude in a tractable manner, as we shall see. END_OF_DOCUMENT_TOKEN_TO_BE_REPLACED

Traditional sciences and mathematics is very “left brained” – abstract, dualist, empirical, atomist, and rely on a rhetorical form of reasoning. In antiquity, the Epicureans priveledged that form of thought. The Stoics favoured a non-dualist, non-atomist, dialectical form of reasoning. When it comes to Aristotle, such a dichotomy is not at all clear cut. As well as being the greatest philosopher of all time, Aristotle was also the greatest fence sitter of all time. With him, our neat dichotomy between left side and right side thinking meets a blank. This man had a foot firmly placed on both sides. Nowhere is this more apparent than with his categorical logic and in particular his square of oppositions. In this section, without going into too much detail, we summarise the aspects that immediately concern our project. END_OF_DOCUMENT_TOKEN_TO_BE_REPLACED

There are  two different takes on explaining the origins of the universe., one modern and the other very ancient. The two explanations can be summed up as the Big Bang and the Big Birth theories. END_OF_DOCUMENT_TOKEN_TO_BE_REPLACED

It’s certainly traditional Stoic doctrine that somehow connected with the all-pervading Logos (=Zeus=Nature=Providence=designing fire) is the obligatory law of nature, aka jus nature; the mind of the (human) sage is, according to classical Stoicism, aligned with this law of nature. That’s a bit too mystical for me (although it was convenient enough for the ancient Stoics.) 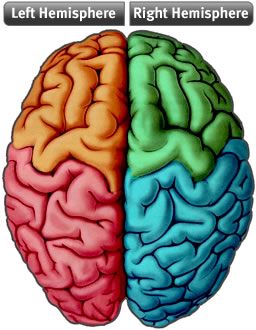 This section is about multiplication. In the large sense, multiplication brings two things together to make a third. In the case of numbers, this leads to simple arithmetic. In the case of two inebriated men at a bar, it can lead to a bar room brawl. The ancients, both in the West and the East, were interested in bringing two principles together, one masculine and one feminine. The multiplication of these two principles created the Cosmos. We will visit the ontological and epistemological roles of gender later. For the moment, we are interested in multiplying together two different ways of thinking, two different takes on reality. In mathematics, there are so many different kinds of multiplication that it can be very overwhelming. We are particularly interested in the role of multiplication in geometry. There is one kind of geometry that is pertinent.. END_OF_DOCUMENT_TOKEN_TO_BE_REPLACED