What is the principle of life? The question is central to ethics. Ethics involves a purpose in life. An entity without ethical purpose has no life. An entity without life has no purpose.  The life principle must be an ethical principle. I refer to biological life as animates, our universe as an inanimate.  According to the Stoics, animates and inanimates are all organised along the same life principle. I concur.  Thus all biological and non-biological beings must share the same generic ethical principle in order to be.  The common generic ethical principle shared by Nature and its subjects is an ontological principle. What is this common ontological principle that enables life forms to be?  This principle ethical, generic purpose must underlie the very fabric of all physical existence.  The answer must be precise. It must be potentially formal and rigorous. The starting point will be found in the work of Kurt Gödel.  Gödel worked in the domain of the only known formal system today, that of axiomatic mathematics. END_OF_DOCUMENT_TOKEN_TO_BE_REPLACED

In this article I briefly present the case that Stoic natural philosophy provides the missing meta-language to finally make sense of quantum mechanics. Modern Stoic writers such as Lawrence C Becker dismiss Stoic physics as an embarrassment. Becker tries to cobble together a hybrid of Stoic ethics with what is essentially a modern version of Epicurean physics. The result is an Epicurean Stoicism, an oxymoron if ever there was one. To Chrysippus, the very core of ethics arises from the fundamental physical principles of matter. If Stoic physics is as Becker describes it merely a “flippant speculation about physical processes,” it is hard to see that Stoic ethics could possibly escape the same epitaph.

There are two kinds of physics one classical one weird. Classical physics based on the pleasing common sense notion that there is a realist mind-independent reality “out there,” just waiting to be measured and described by precise, deterministic, mathematical models. For terminological convenience, I will refer to this kind of paradigm as left side. In this paper, I address the complementary opposite, the right side paradigm. The right side leads to physics that is far removed from common sense. This is the natural domain of quantum theory, a domain full of the apparent weirdness such as the quantum mysteries of uncertainty, the wave-particle duality revealed by the double slit experiment, entanglement, and so on.The rational foundations of the classical left side paradigm have reached a relative maturity and demonstrates a high degree of rigour concerning its foundations. The same cannot be said for the right side paradigm. Quantum theory with its apparent counter-intuitive weirdness and many mysteries is in dire need of formalisation. The objective of this paper is to provide such a foundation and even a language based calculus. The calculus provides an alternative to the Standard Model and provides a much more detailed account of the elementary logical structure of matter independent of the need for any empirical observations.

END_OF_DOCUMENT_TOKEN_TO_BE_REPLACED 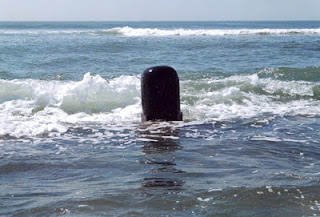 Physics, as it is presently construed, involves the study of physical phenomena.  This kind of science, I will call phenomenal physics.  Of central concern is the motion of physical bodies.  Classical Newtonian physics proposed the first version of the laws of motion of such bodies.  Einstein provided a second version that took relativity into account.  At the macro level, the laws of motion based on Special and General Relativity Theory are so accurate that for all intents and purposes they are generally considered as exact. However, at the quantum level of physical reality the deterministic laws of macro physics break down. The break down is dramatic. David Bohm remarks that at this level: END_OF_DOCUMENT_TOKEN_TO_BE_REPLACED

This post is working towards a paper I will call Logic Driven Physics. At the moment, I believe that I am the only person in the world writing this story of how the science of the Stoics can be reverse engineered to provide a new, alternative take on physics, logic, and mathematics.

In this post, I consider physical reality as a system. I take a leaf out of system science where there is not one paradigm for understanding a system but two. I argue that the foundations of science, including physics and mathematics, must be bilateral. System science demands two takes on reality. One take is diachronic in nature, the other synchronic. In system science, the diachronic side employs ordinary calculus and studies time series whilst the synchronic side employs the operational calculus pioneered by Heaviside and sees its reality as having a “holographic” flavour nowadays in Laplace and Fourier transforms. 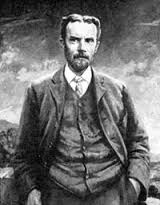